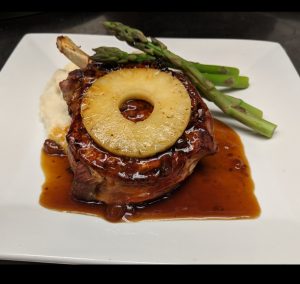 Unlike many other restaurants, the Maplewood III is not a franchise or an impersonal chain. It is the culmination of the dreams and work of Howard Esposito and goes back many years.

The original Maplewood restaurant was in Hammonton. Eventually Howard became part owner of the restaurant. In 1980, he personally opened the Maplewood II in Mays Landing.

Howard was inspired by a dedication to quality and service, which has continued to the present. His dedication to quality and service paid off very quickly. Within his first year, the Maplewood II received great reviews, and the restaurant was chosen as one of South Jersey’s top 10 dining establishments by the Atlantic City press. This helped build a busy trade at both locations.

By 1983, many of his ideas had matured, and he opened the Maplewood III restaurant in Vineland. The restaurant was an instant success. It is the largest of all the Maplewood restaurants and can seat as many as 175.

In 1986, Howard sold his interests in all the Maplewood Restaurants except for the Maplewood III, which he owns exclusively. He felt it best to concentrate all his efforts on one restaurant and he’s been doing that ever since.

The Maplewood III is different from other restaurants in many respects. Most importantly, it is in a community and not a resort area. Resort areas have lots of transients, but community restaurants must rely on repeat business and steady customers. Consequently, there needs to be a varied menu with plenty of specials available at all times. On the other hand, all this variety and quality must be provided at a very reasonable price. We are proud to be part of a community comprised of people who work hard for their money and don’t spend it foolishly. Our quality and prices offer such a value that we have many customers who dine with us two or three times a week.

We are very grateful for their loyalty and we know our success is tied to it, and that is why we make such a big deal about how we treat our guests. After all these years, they are indeed our guests and many have become friends, and we always go the extra distance to make sure that our guests are treated well.

Our restaurant is staffed mainly by long term employees who have learned to take pride in where they work and what they do. Ken Esposito has worked at the Maplewood III since it’s inception. He started in the kitchen where he worked for 18 years cooking and managing the kitchen staff. In 1999 he move to the front of the house where he learned the customer relations side of the business. In 2014 Howard decided to step away from the business and the Ken is know the owner and operator of Esposito’s Maplewood III.